Growing your own mushrooms is a rewarding experience that is fun for people of all ages. Harness the power of nature through mushrooms and learn how to cultivate them at home.

Nature Lion mushroom grow kits come with everything you need to grow your own gourmet mushrooms at home. Please refer to this guide for tips on how to get the most from your kit.

The primary function of most fungi is to decompose dead or dying organic materials from nature. In the wild, they can be found growing on decomposing trees, and other organic material including animal excrement.

The various species discussed in this booklet are wood-loving fungi. Meaning, that you will often find them growing in nature on fallen, or dead trees. When growing mushrooms indoors we strive to re-create this natural environment.

Inside your growing kit is a bag of substrate. The substrate consists of hardwood sawdust, wheat-bran, and rye grains inoculated with healthy mushroom mycelium.

Mycelium is the portion of the mushroom that you do not normally see in the wilderness. The reason being is that mycelium is like a plant’s roots that grow underground. Mycelium can be found growing almost everywhere where there is decomposing, organic materials.

The mycelium spreads through the organic materials and releases digestive enzymes that help speed up the process of decomposition. Mycelium is more often white in color, but not all fungi are true to this rule. For example, Pink Oyster mushrooms will have a tinge of pink in the mycelium. To a novice grower this may been mistaken for contaminated mycelium.

Temperature plays an important role in the life cycle of fungi. When the mycelium is in the growth stage, it is best to keep the temperature at 70F – 80F. It is also important to remember that mycelium generates heat when growing, so your mushroom substrate will be a few degrees warmer than the surrounding air.

If the conditions are right, and the mycelium is fully grown, then it is time to begin fruiting. In nature, mushrooms tend to fruit during the spring or fall when outdoor temperatures are cooler.

Mushrooms do not have skin, so maintaining proper humidity during the fruiting stage is crucial. If the humidity drops for too long the mushrooms will begin to dry out and die prematurely. In nature, mushrooms are often found growing in autumn or spring when more frequent rainfalls increase relative humidity.

The micro-climate around the mushrooms can also play an important role in maintaining humidity levels. Things like; standing ground water, decaying leaves, and even wind speed can have a significant impact on the humidity levels throughout the forest.

When growing mushrooms at home it is important that we maintain proper humidity levels for our mushrooms to thrive. Advanced growers use large tents with ultrasonic fog machines. A smaller version of this can also be built with a small greenhouse and a small, bedroom humidifier.

Another alternative used by novice growers is to gently mist your mushrooms with water using a spray bottle. Misting mushrooms 3+ times per day can create enough humidity to achieve reasonable results in almost any environment.

When fungi breathe, they intake oxygen and expel CO2, which makes them more like humans than plants in that aspect. If the mycelium is developed enough, and an adequate supply of oxygen is present then mushroom primordia “pins” will start to grow.

The mushrooms will continue to intake oxygen as they mature so it is important that the air be exchanged in the growing environment regularly. When growing mushrooms in a tent an exhaust fan is used to draw the old air out, thus allowing fresh air to enter.

TIP: If you see a dark ring around your mushroom caps, and one or two of the caps have begun to turn upwards than you are ready to harvest.

Harvesting Lion’s Mane is a similar process to oyster mushrooms but there are different signs to look out for. These mushrooms grow in clusters of one or two and the fruits can become rather large. From the time you see the first primordia “pins” until harvest is generally 14-21 days depending on your preference.

As lion’s mane matures, there are a few things to watch out for. The first thing will be that the fruits stop getting bigger in size. The second thing is that the spines, which make-up lion’s mane unique appearance will grow longer. The color of the mushroom will also begin to change from bright white to an off-white yellow.

The texture will change based on when it is harvested. Younger fruits will have a firmer appearance and texture, while mature fruits will be less dense.

TIP: Lion’s mane will begin to discolour and turn yellow as it matures. Harvest before this happens for optimal results.

Watch the videos on mushroom growing.

Try These Medicinal Mushrooms – They’re Benefits Could Improve Your Health 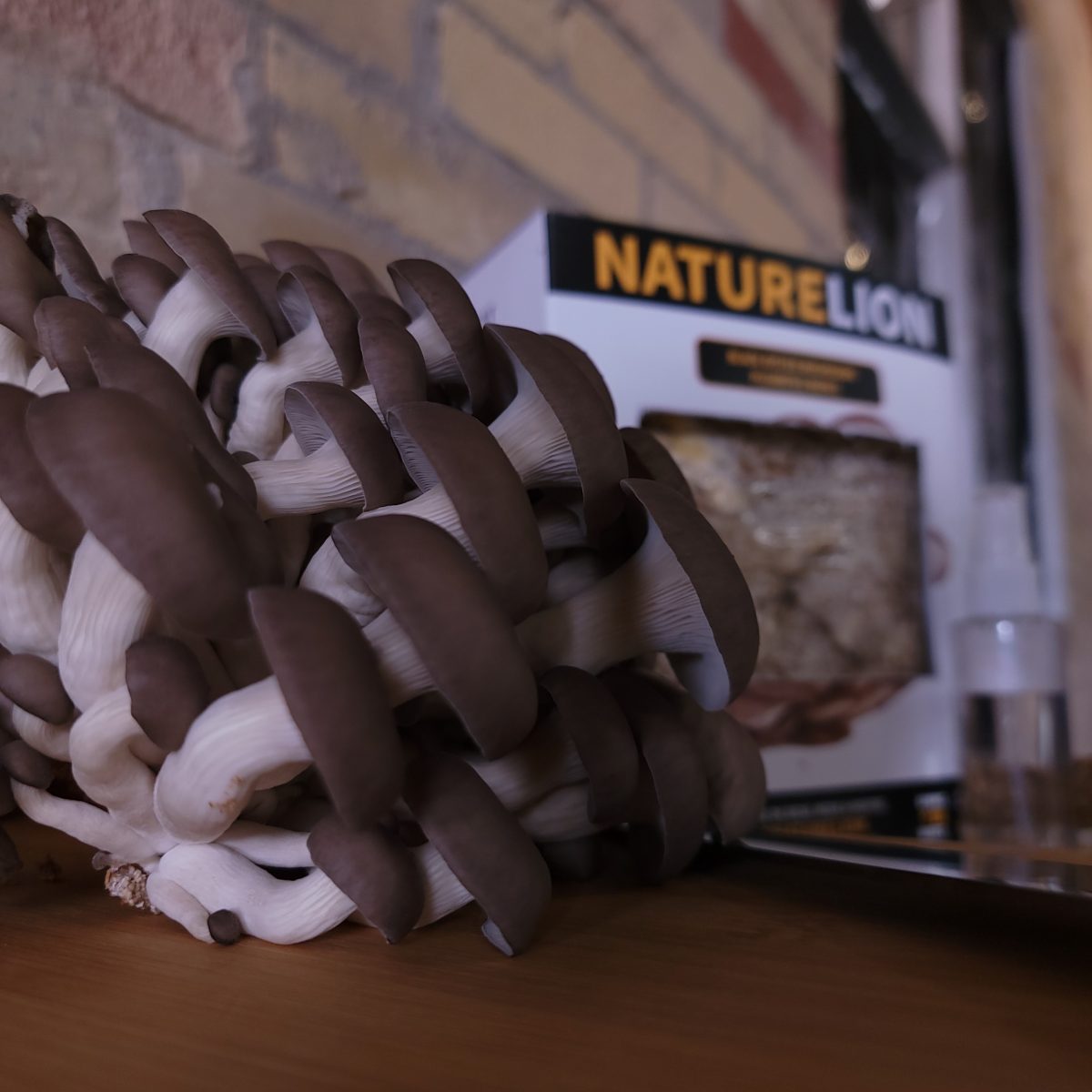 The Complete Guide To Growing Mushrooms With A Grow Kit

Why Is This My #1 Medicinal Mushroom? How Lion’s Mane Benefits Your Brain. 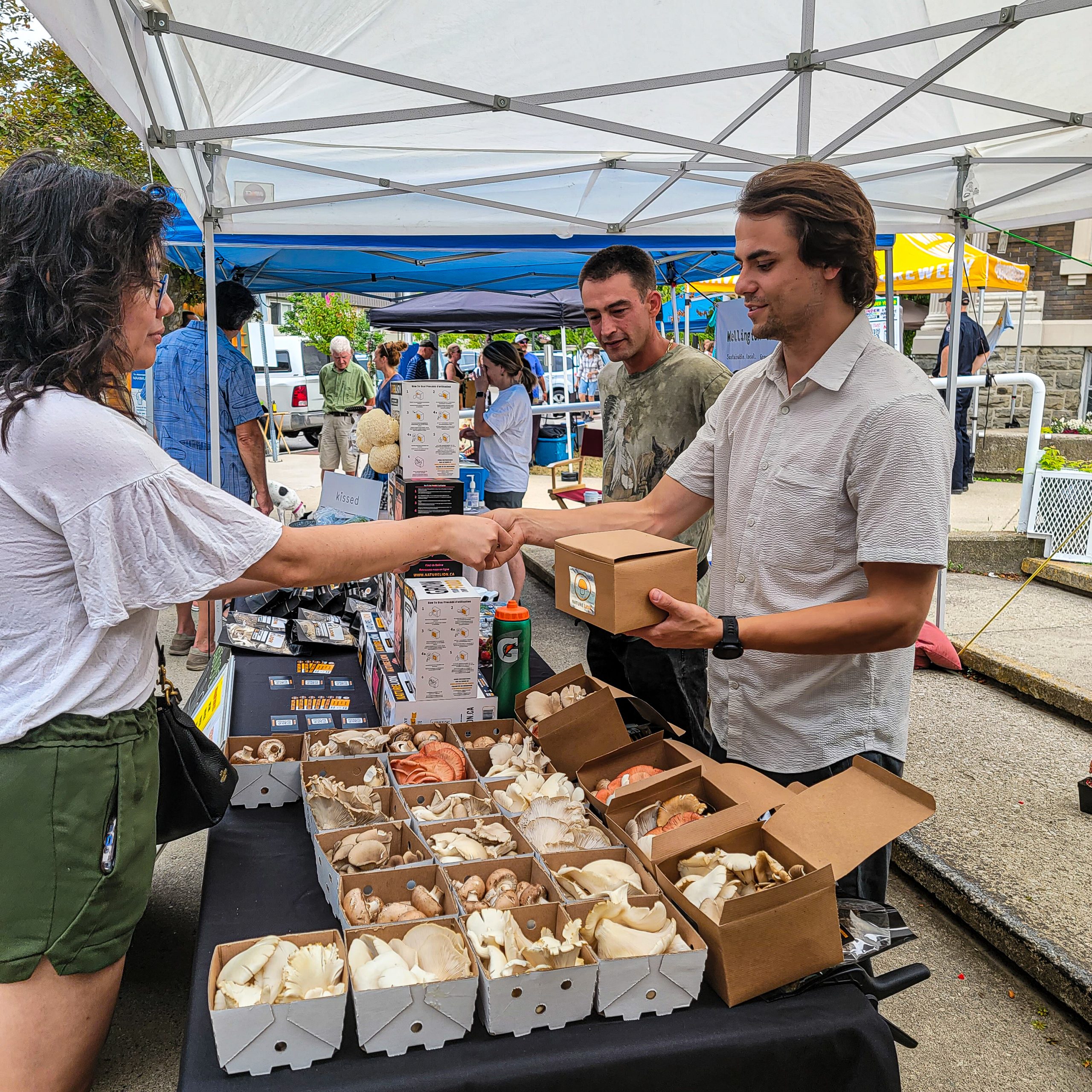 Mushroom Grow on the way.
Big thanks to naturelionmushroom for sponsoring this grow go and check them out.

Had to repost Instagram had it blocked from most of the world
#naturelionmushrooms ...